The suprising victory of the Lions of Teranga over Robert Lewandowski’s Poland concluded the first round of World Cup 2018. But the Senegalese victory is not the only upset seen in this world tournament so far. Indeed, the first round of games evidenced two clear trends in modern football.

The first one is that winning any game should all but be taken for granted nowadays. The second, is that the traditional powerhouses’ domination is threatened by multiple outsiders, to say the least. It may be due to the so-called globalization, or to the fact that modern football is getting more and more physical. In any case, there only thing certain for us at The Cult of Calcio: La palla è rotonda (“the ball is round,” an Italian expression used to exemplify how unpredictable this game is), and those who put it into the opponents’ net, win.

On that note, such victories as the one of Japan over Colombia and of Mexico over Germany, or the much beloved Iceland’s tie with Argentina, are pure joy to those like us who love football in its pure expression.

So bear with us as we take you through our very personal Top 11 Team of this first round – which include a few choices hard to imagine on the World Cup eve!

Let’s start from number 1 – the best in Iceland, Mr. Hanners Halldorsson, who not only saved a penalty from Leo Messi himself, but left the whole Argentinian striking force with empty hands thanks to his multiple jaw-dropping saves! Sure, he had to raise the white flag at Sergio Aguero’s shot, but while Argentina ended up leaving the pitch their heads held down, Halldorsson and his teammates scored a 99.6% TV share in their native Iceland. And, if truth be told – When will he have another chance to save a penalty from La Pulce? That’s insane! 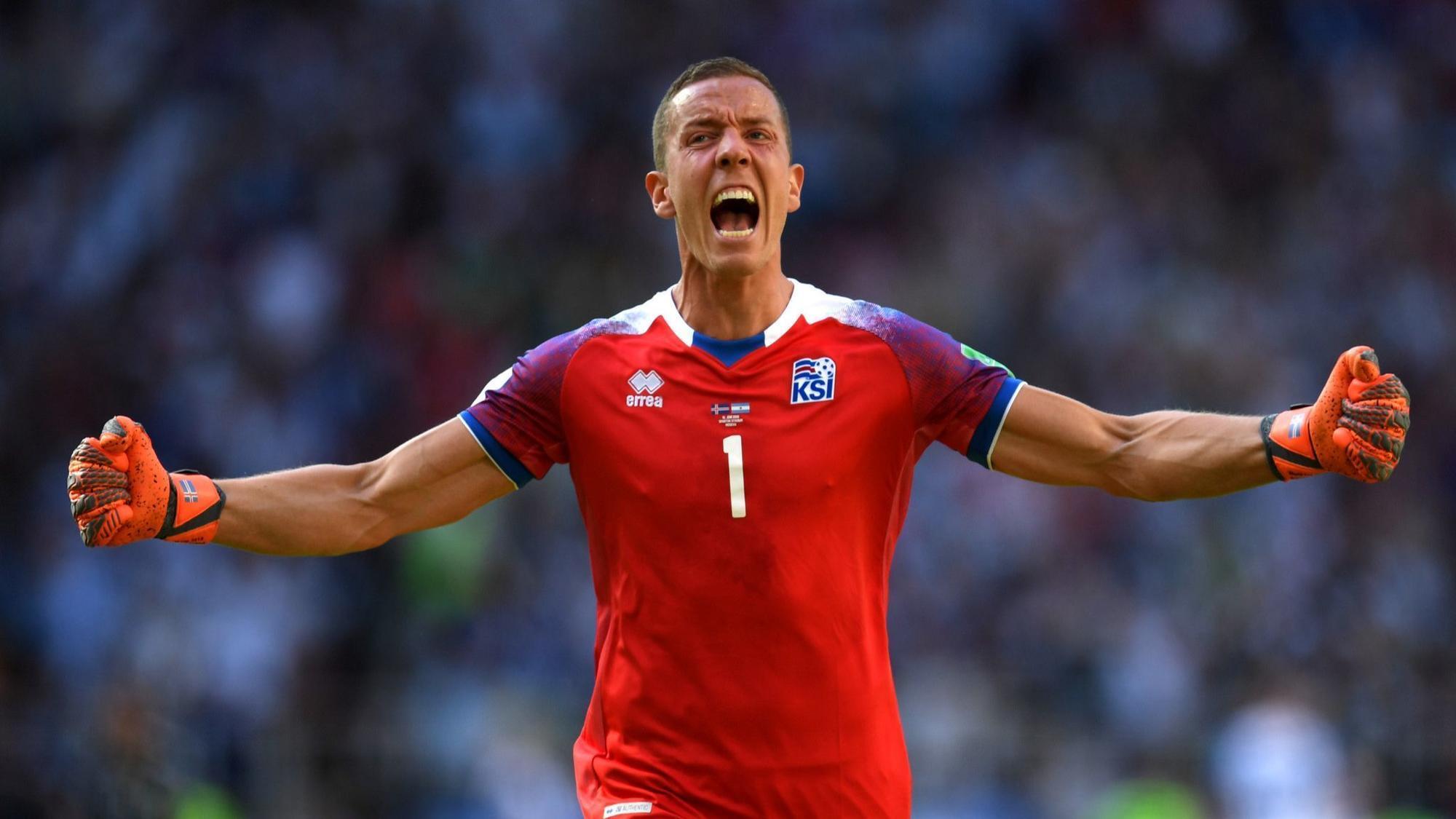 In defense, we can arguably place Uruguay’s Jose Gimenez, who gave the first three points to the Celeste with a late header. When everybody was ready to call it a draw with Egypt (and the Pharaohs would have indeed deserved that…), Atlético Madrid’s center back lifted himself up and put the ball in the net, avoiding his coach Oscar Tabarez a week of criticism. That’s what we call good timing!

To support Gimenez, let’s put some experience, bravery, and beauty – all qualities merged into a single feat: A shocking free kick from 22 meters taken by Serbia’s captain Aleksandar Kolarov. The Serbian is not new to such exploits, up to the point of reminding his fellow countryman Sinisa Mihajlovic. But this was Serbia’s first goal ever scored in a World Cup from a free kick, and could be a stepping stone upon which building their qualification to the next round. Has Kolarov even realized that? 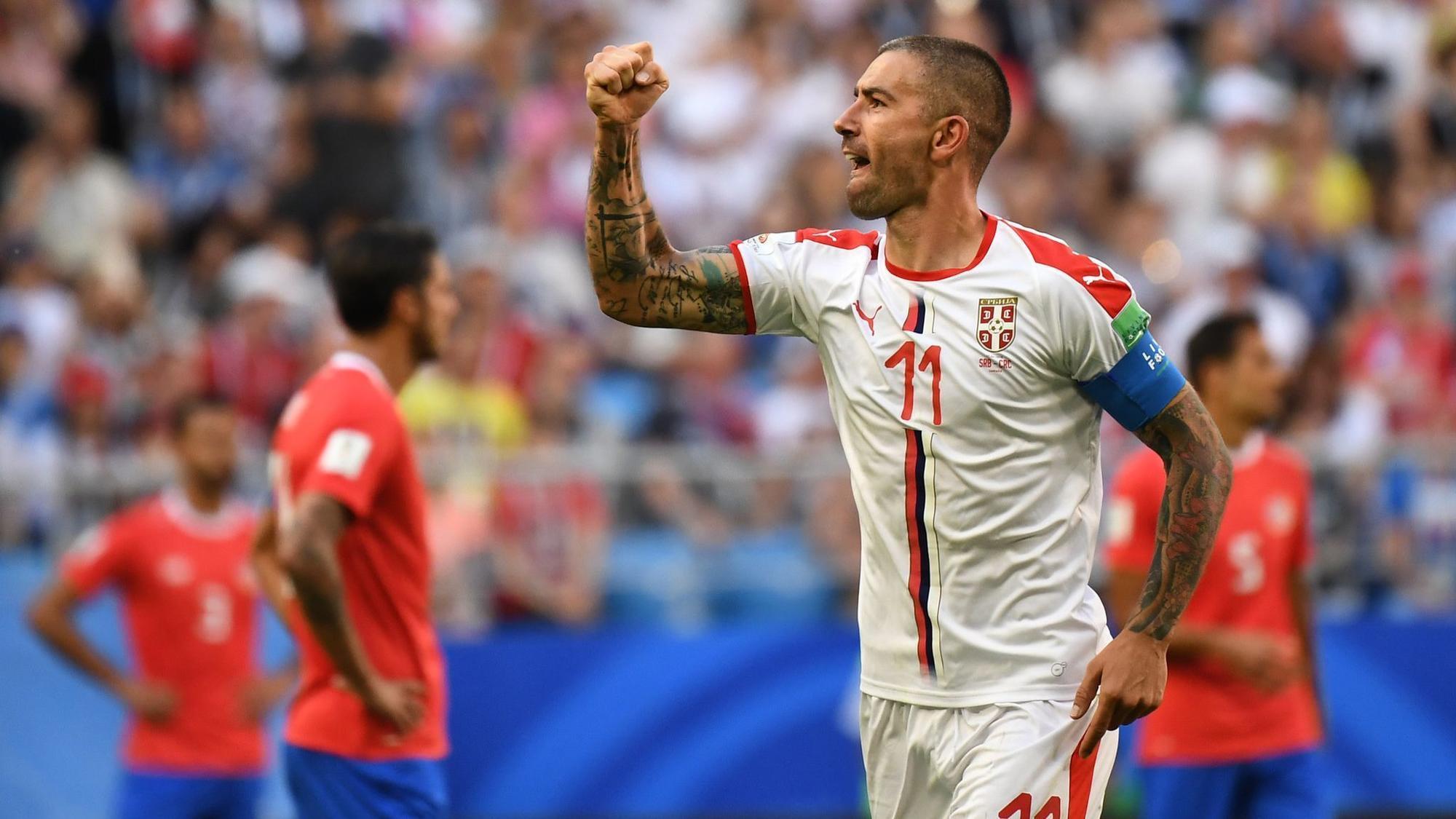 Although not used to play in a three-man defense, we cannot avoid including in our selection K2 – Kalidou Koulibaly. An already accomplished player in Napoli’s defense and the Italian Serie A, the Senegalese confirmed to be a world class defender, blocking his teammate Arkadiusz Milik and literally annihilating one of the most dangerous players in the Russian tournament, a certain Robert Lewandowski. A wall!

Ahead of the defensive line, in an ideal four-man midfield we can place the pivot of Borussia Dortmund’s play – Shinji Kagawa, who is known in the German Bundesliga for his awesome vision, technique, and ability to distribute the ball. Even in Russia, the 29-year-old Japanese confirmed his skills, overcoming players the likes of Juan Cuadrado and James Rodriguez – thus earning a spot in our Top 11 selection. What a surprise!

To make our game more fluid, as well as increase our quality and offensive skills, we need some player of extremely high technique. One that, in 20 years, we will make us rethink about Zinedine Zidane’s Real Madrid as that team which had “Jim, Jack, and Luka Modric.” The captain of Croatia, Modric challenged Argentina from the distance by converting a penalty (differently from Messi…) which gave his side three points the leadership in their group.

To support Modric’s quality, here is a player that we had already introduced as one of the possible breakthrough in this World Cup: Aleksandr Golovin. The CSKA star shone in the opening match, driving crazy many agents and president of top Europan clubs. The 22-year-old Russian dispensed tricks and assists, and also scored from the free kick spot late in the game. And while according to Italian newspapers he should be about to sign a deal with Juventus, British press rather see him close to the Gunners. In any case, what a player!

On the right side of our midfield line, let’s place this Hirving Lozano, also known as Chucky. Let’s say it loud and clear: This one is a wonder, a player who started his career with Pachuca in his native Mexico, and then led PSV Eindhoven to conquer the Dutch title. And now, he scored such a goal out of the blue to knock down the defending champions of Germany, just as to shout “I am here!” to all major European clubs. Rumors have it that Barcelona did hear him.

And now, the strikers. A few days ago, he anticipated that he was going to shine during the World Cup – and he is the kind of guy who does keep his promises. In his first test, he took the man of the match token, after scoring a remarkable goal with a right foot volley from outside the box. For his close friends, he is Ciro – for all the others, Dries Mertens. It was his former coach Maurizio Sarri to “invent him” as a striker. Belgium should sincerely thank him.

To support the Belgian fairy, here is a player that has just re-started to perform at an outstanding level: Diego Costa. If Atlético Madrid’ striker continues to play like that, Spain could seriously be a strong contender for the title, despite having been held onto a draw by Portugal in their debut. The Spanish scored two key goals, showing the power he became famous for, and sustained the whole attack of Spain for the entire second half. Finally!

But if Diego Costa and Dries Mertens made it to our Top 11 due to their performances, a certain Cristiano Ronaldo it’s undoubtely its main character – mostly because of the humility he showed by putting himself at complete disposal of his Portugal. There is nothing else to add. Any further comment would be blasphemy, especially because, with a player like that, you would feel almost obliged to believe in miracles!

The Cult of Calcio@cultofcalcio·
20h

Thanks! It was a pleasure and congratulations for this fantastic event. See you next year in #Madrid!

The Cult of Calcio@cultofcalcio·
22h

‘Referees are human and humans make mistakes‘, Collina said @WFSummit. At the end of the day, nobody remembers anymore about a “wrong decision” when such a decision is corrected straight away with the help of the technology.

The Cult of Calcio@cultofcalcio·
24h

When great talents, minds, and players get together to make a better future for African #football! Education is the key!

The African Perspective: An overview of African football of tomorrow

The Cult of Calcio@cultofcalcio·
9 Jul

During the day, nothing out of the ordinary happened. A mixed feeling of anxiety & excitement was spread among us. #Italy was facing @equipedefrance, the strongest sides. Passion, fear, and dreams among supporters rise. Then the magic happened: @azzurri conquered the #WorldCup.